The massive, but slow movement of the earth’s crust is what formed mountains and resulted in majestic spires across the globe. Many of the biggest mountain ranges in the world have been formed after gigantic collisions between continents. Mountains have long fascinated humanity, with thousands trying to conquer the highest peaks every year. They are also extremely important for the eco-system and as such the United Nations has declared 11 December to be International Mountain Day in an effort to raise awareness around this topic.
On this list are some fascinating facts about stately mountains you may not know.

Legend has it that when a thick band of mist or cloud settles over Table Mountain in Cape Town, Jan van Hunks is furiously puffing away at his pipe on nearby Devil’s Peak, trying to out-smoke the devil himself.

Table Mountain, named for its distinctive flat top, is believed to be around 360 million years old and formed after the continents split apart and pressures built up in the earth’s crust. Granite, formed by magma that cooled under the surface, reinforced the mountain, and ice sheets flattened the top.

The mountain sports a world-famous cableway that has transported over 20 million visitors since it opened in October 1929. The construction process was halted by the Anglo-Boer war in 1880 and then again when WWI broke out.

One of the coolest facts about Table Mountain is that you can visit a ‘beach’ at the top. Skeleton Gorge Beach can be reached by hiking through Skeleton Gorge and heading up to the indigenous forest on the east side of the mountain. From there you carry on to a mound of rocks called Maclear’s Beacon, which marks the highest point on the mountain. A five-minute walk will lead you to white sand adjacent to the Hely-Hutchinson dam, which is one of five dams on Table Mountain.[1] 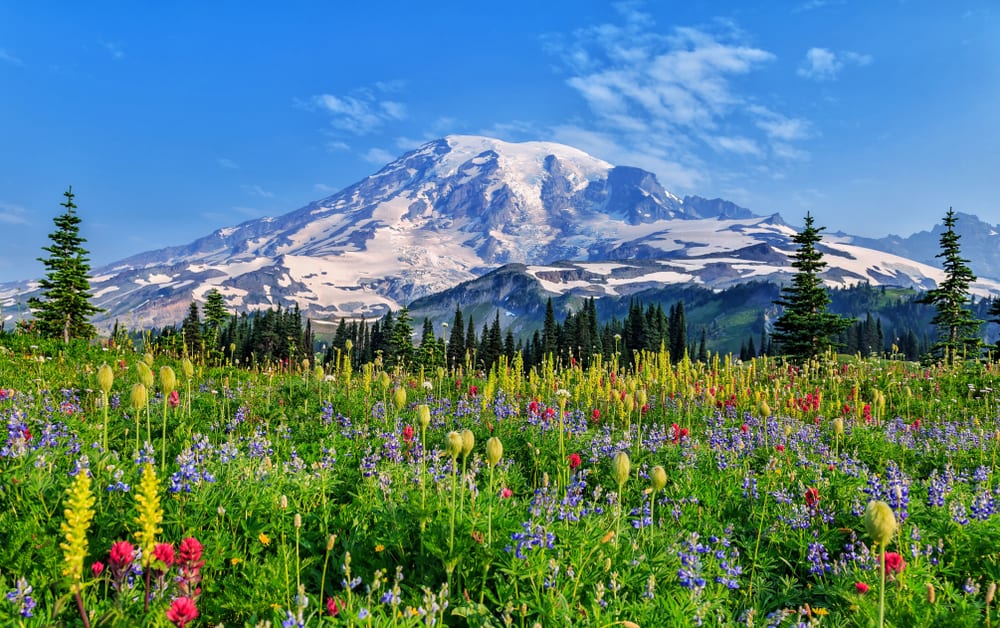 Mount Rainier is believed to potentially be one of the most dangerous volcanoes in the Cascade Range, not only because of its height, but also its persistent earthquakes and substantial glacier mantle. This is despite the fact that it hasn’t produced a destructive eruption in the last 500 years.

The glaciers on Mount Rainier is home to ice worms, which are the only worms in the world that spend their life on ice, from birth to death. They can grow up to an inch in length and feed on snow algae. The fumarole ice caves on this volcanic mountain attracted a team of scientists and volunteers in 2017 who started a search for clues to life on Mars. The goal of their research is to closely study extremophiles (minute organisms) as they hash out an existence feeding off the noxious gases emanating from the ice caves. This would give scientists a better understanding of potential life on other planets. The project was due to end in 2020.[2]

8. Tallest manmade structure in the UK 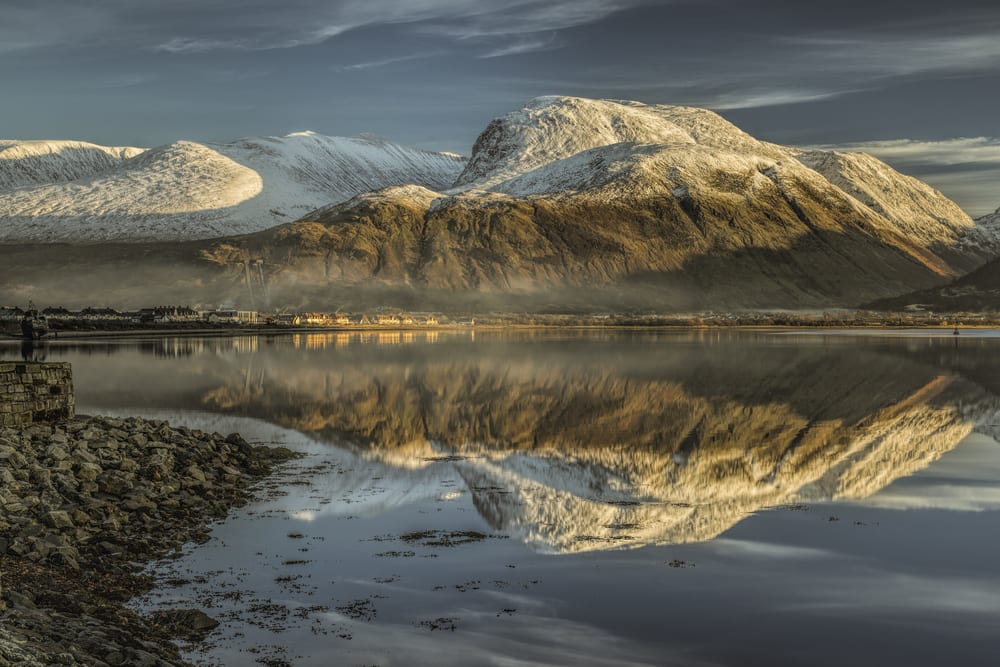 The highest mountain in the British Isles, UK, Great Britain and Scotland draws around 100,000 visitors each year who attempt to conquer its highest peaks. The Ben Nevis summit was formed by the collapsed dome of an ancient volcano and is believed to be around 350 million years old.
Ben Nevis’ true name is Beinn Nibheis which is Gaelic for Venomous or Malicious Mountain. At its summit lies a rugged plateau a hundred acres long which includes a cairn at its highest point and an old observatory which aided in the invention of the cloud chamber. Scientists worked and lived in the observatory for 21 years from 1883 to record weather conditions, taking readings every hour of the day and night.

The roof of the observatory, although dilapidated, stretches above the point of the summit which makes it the tallest manmade structure in the UK. The observatory can also still be used as a form of shelter during emergencies.[3]